Private investigators have long been represented in film and television, so it’s no surprise there are many preconceived notions about the profession and the private detective industry in general. While Hollywood definitely glamorizes certain aspects of the line of work, it gets many other things flat out wrong – from dressing in stereo-typically mysterious detective getup to using Mission Impossible-style technology and being immune to the law. If you’re looking to hire a private detective in Arlington or Fort Worth, it’s important to know the truth about private investigators. Here are 5 of the most popular myths about private investigators.

Many people assume that private investigators are able to obtain the same types of private information as government agencies, such as the CIA or FBI. Due to strict confidentiality laws, they have no access to medical records, bank accounts credit card records, police surveillance records, cell phone records, and are prohibited from conducting wiretaps and listening to private conversations. If they do need this information, however, they must be granted permission from the account holder, a granted court order, search warrant, or a subpoena. 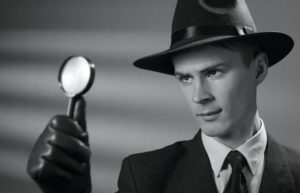 Private Investigators have the same authority as police officers

Since private investigators are licensed, they may have certain additional liberties or privileges. Due to years of experience, extensive training, and connections, they may be called to handle some legal issues. However, when it comes to abiding by the law, private investigators are not immune and are expected to abide just like every other citizen.

Watching shows like Marvel’s Jessica Jones or Burn Notice, you may assume that the life of a private investigator is constantly exciting and full of suspense. For real-life investigators, it’s usually not all like the movies. A private investigator spends at least 50% percent of his or her day at their desk conducting background checks, completing paperwork, analyzing information, and backing up or transferring data. The rest of the day is often spent in the car doing surveillance. A good chunk of the job is solitary, patiently waiting to capture the right person at the right time. Much less exciting than being chased down by international spies, isn’t it?

While Hollywood has generally stopped pushing the stereotypical private investigator uniform of a long trench coat, cap, and sunglasses, it’s a common image repeated in many older films and television shows. Think about it: if you noticed a person following you around dressed so mysteriously, you would be more than a little suspicious. Private investigators must look like an average man or woman in order to blend into their surroundings and avoid attracting any attention.

Now that you are better aware of the fact and fiction that surrounds private investigating, you are prepared to make the most educated decision when it comes to selecting the right service and company to fulfill your needs. Whether it’s fidelity issues, suspicious persons, tracking down someone you’ve lost touch with, or a new potential hire for your company, Alliance Investigations in Arlington, Fort Worth, and Dallas is here to help. Contact us today for a free case review.